This is what Isaiah, son of Amoz,
saw concerning Judah and Jerusalem.
In days to come,
the mountain of the LORD's house
shall be established as the highest mountain
and raised above the hills.
All nations shall stream toward it;
many peoples shall come and say:
"Come, let us climb the LORD's mountain,
to the house of the God of Jacob,
that he may instruct us in his ways,
and we may walk in his paths."
For from Zion shall go forth instruction,
and the word of the LORD from Jerusalem.
He shall judge between the nations,
and impose terms on many peoples.
They shall beat their swords into plowshares
and their spears into pruning hooks;
one nation shall not raise the sword against another,
nor shall they train for war again.
O house of Jacob, come,
let us walk in the light of the Lord!

R. Let us go rejoicing to the house of the Lord.

Jerusalem, built as a city
with compact unity.
To it the tribes go up,
the tribes of the LORD.
R. Let us go rejoicing to the house of the Lord.

According to the decree for Israel,
to give thanks to the name of the LORD.
In it are set up judgment seats,
seats for the house of David.
R. Let us go rejoicing to the house of the Lord.

Pray for the peace of Jerusalem!
May those who love you prosper!
May peace be within your walls,
prosperity in your buildings.
R. Let us go rejoicing to the house of the Lord.

Jesus said to his disciples: 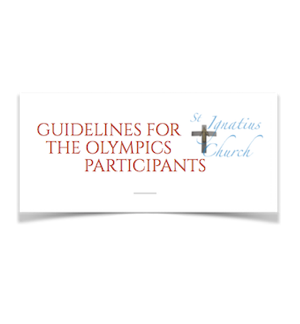 Guidelines for the Olympics Participants

The Tokyo Olympics and Paralympics events are slated to run from July 23 to September 5, 2021. As part of the corona infection preventive measures ... 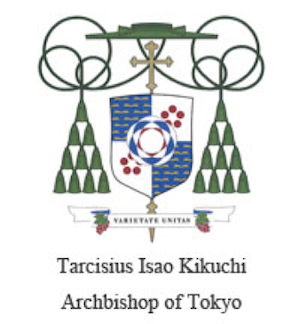 Dear brothers and sisters in the Archdiocese of Tokyo:

In its continued efforts to control the spread of COVID-19 infections, the government issued a fourth declaration of a state of emergency for a limited area.

For your information, the St. Ignatius (Kojimachi) Church is live streaming on YouTube every Sunday the Holy Mass. 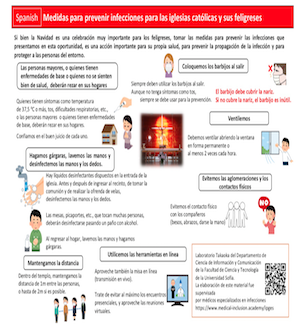 These measures to prevent infection are key for protecting your own health and that of those around you, while also preventing the spread of infections.

Social Friendship
We pray that, in social, economic and political situations of conflict, we may be courageous and passionate architects of dialogue and friendship.